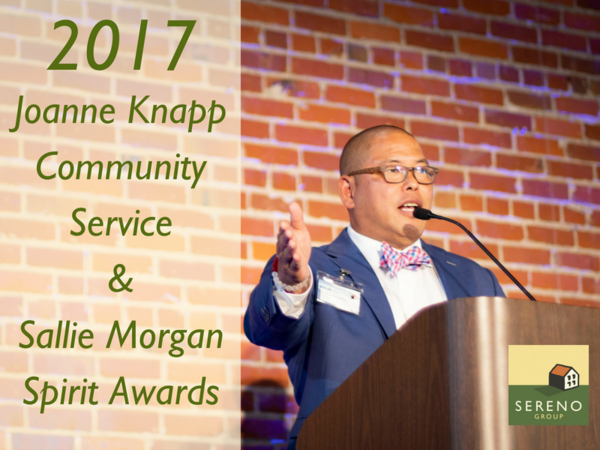 Beginning this year, Sereno Group will recognize two recipients in each category to better represent its growth in the regions of Silicon Valley and the Santa Cruz Coastal area.  The contributions made in each region have been significant and the company felt it best represents the spirit of each award.

The Joanne Knapp Community Service Award is given each year to an associate who exemplifies Sereno Group’s spirit of proactive community connectedness and involvement through thought, spirit, and action. The award is in honor of Joanne Knapp, one of Sereno Group’s original associates who had a long history as a well respected and beloved Realtor in Santa Clara. Joanne was instrumental in the early phases of Sereno Group’s community-minded, values driven business model and acted as a trusted advisor to the founders.

“Both Diane and Jennifer have had a tremendous impact on their local communities through giving time, effort, and love,” said Ryan Iwanaga, Co-Founder and EVP of Sereno Group, “Each has contributed in their own special way.  Diane has been one of the earliest leaders of our 1% for Good movement in Los Altos and, because of her leadership, we have had a direct positive impact within the community. We have grown into one of the most impactful charitable contributors in our market and it is because of Diane’s compassion and effort.  Jennifer has also impacted the local coastal community by serving on various community organizations and has worked tirelessly to support youth sports and activities. She has been involved at the civic level through volunteerism, thoughtfulness, and dedication. Both are the embodiment of what Joanne Knapp represented to Sereno Group.” 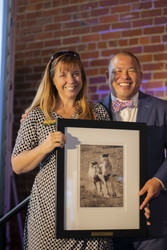 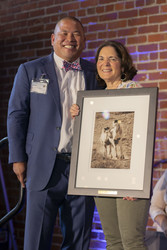 The Sereno Group Spirit Award is given each year to an associate who embodies Sereno Group’s ideals of high integrity and responsible real estate practice, selflessness, and a commitment to the communities we serve. The award was inspired by Sallie Morgan, a legendary and admired Realtor in the Silicon Valley who made significant contributions to Sereno Group’s growth and success.

“Like the Joanne Knapp award recipients, both C.T. and Michael exemplify what the Sereno Group Spirit Award is about,” Iwanaga continued, “They both possess tremendous character, have the highest regard for the profession and their colleagues, and are dedicated to the profession as well as their families. They were both so deserving of the award. I think the fact they both were completely taken off guard and surprised by the recognition is a testament as to why they were chosen. Both C.T. and Michael are beloved and respected by everyone at Sereno Group and the real estate community at large. They are wonderful examples of the ideal at Sereno Group.” 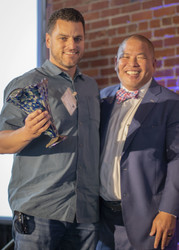 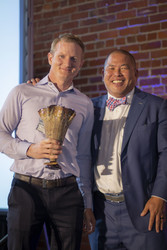 C.T. Harris
Related Articles
Sereno Group Named Bay Area Top Workplace For 8th Consecutive Year LOS GATOS, CA –July 6, 2017. For the 8th consecutive year, Sereno Group has been named one of the best places to work in the greater Bay Area by the Bay Area News Group in its prestigious Top Workplaces 2017 list. Ranking third in the Midsize Companies category, Sereno Group stands alone as the only […]
July 10, 2021, Marks the 15 Year Anniversary of Residential Real Estate Brokerage, Sereno Sereno is pleased to acknowledge its 15th year of business as a successful residential real estate brokerage serving Northern California. Started in 2006 by a group of dedicated professionals committed to serving their clients and community in a new way, Sereno has transformed from a single office with 27 founding agents into a still hyper-locally […]
Sereno Announces Realty World Castlerock Joins its Willow Glen Office Sereno is pleased to announce that Realty World Castlerock has joined its growing union of quality, independent firms throughout Northern California. Don Sabatini, Barbara Sauer, Sheila Santwani, Augustine Martinez, and Jason Weeks are now part of Sereno’s real estate agent team serving clients and the local community from a base on The Avenue in the […]