Sereno Group Recognized by Inc. Magazine as One of America’s Fastest-Growing Private Companies 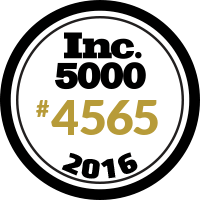 Inc. magazine names Sereno Group to its 35th annual Inc. 5000, an exclusive ranking of the nation’s fastest-growing private companies. Sereno Group is ranked 4565 on the list. The list represents the most comprehensive look at the most important segment of the economy—America’s independent entrepreneurs. Sereno Group has experienced a tremendous 54% growth over the past three years.

“We are honored by this amazing distinction from Inc. magazine. This achievement is a direct result and 100% attributable to the vision, passion and hard work of our spectacular team,” said Chris Trapani, CEO and co-founder of Sereno Group. “We are truly humbled to be on the list that has featured notable companies such as Intuit, Zappos, GoPro, Clif Bar, Patagonia, Oracle, and Microsoft.”

The 2016 Inc. 5000, unveiled online at Inc.com, and with the top 500 companies featured in the September issue of Inc., is the most competitive crop in the list’s history. The average company on the list achieved a mind-boggling three-year growth of 433%. The Inc. 5000’s aggregate revenue is $200 billion, and the companies on the list collectively generated 640,000 jobs over the past three years, or about 8% of all jobs created in the entire economy during that period. Complete results of the Inc. 5000, including company profiles and an interactive database that can be sorted by industry, region, and other criteria, can be found at www.inc.com/inc5000.

“The Inc. 5000 list stands out where it really counts,” says Inc. President and Editor-In-Chief Eric Schurenberg. “It honors real achievement by a founder or a team of them. No one makes the Inc. 5000 without building something great – usually from scratch. That’s one of the hardest things to do in business, as every company founder knows. But without it, free enterprise fails.”

The 2016 Inc. 5000 is ranked according to percentage revenue growth when comparing 2012 to 2015. To qualify, companies must have been founded and generating revenue by March 31, 2012. They had to be U.S.-based, privately held, for profit, and independent—not subsidiaries or divisions of other companies—as of December 31, 2015. (Since then, a number of companies on the list have gone public or been acquired.) The minimum revenue required for 2012 is $100,000; the minimum for 2015 is $2 million. As always, Inc. reserves the right to decline applicants for subjective reasons. Companies on the Inc. 500 are featured in Inc.’s September issue. They represent the top tier of the Inc. 5000, which can be found at http://www.inc.com/inc5000.

About Inc. Media:
Founded in 1979 and acquired in 2005 by Mansueto Ventures, Inc. is the only major brand dedicated exclusively to owners and managers of growing private companies, with the aim to deliver real solutions for today’s innovative company builders. Winner of the National Magazine Award for General Excellence in both 2014 and 2012. Total monthly audience reach for the brand has grown significantly from 2,000,000 in 2010 to over 15,000,000 today. For more information, visit www.inc.com.

The Inc. 5000 is a list of the fastest-growing private companies in the nation. Started in 1982, this prestigious list of the nation’s most successful private companies has become the hallmark of entrepreneurial success. The Inc. 5000 Conference & Awards Ceremony is an annual event that celebrates their remarkable achievements. The event also offers informative workshops, celebrated keynote speakers, and evening functions.
For more information on Inc. and the Inc. 5000 Conference, visit http://conference.inc.com/.

About Sereno Group:
Open since July 1, 2006, Sereno Group Real Estate has quickly established itself as a market leader by continually attracting top producing agents in the Silicon Valley. During this time, Sereno Group has achieved the highest per agent productivity for residential real estate brokers in the county. In 2015, Sereno Group closed over $2.6 billion in sales with an average sales price of $1.2 million. The company’s 1% for Good charitable movement has donated over $1,000,000 to local charities and community-minded organizations and was recognized as one of the top 50 most philanthropic corporations in the Bay Area. The company, which has been ranked one of the Best Places to Work in the Bay Area for seven years, now has eight offices located in Palo Alto, Los Altos, Saratoga, Los Gatos, Willow Glen, Santa Cruz, Westside Santa Cruz, and Aptos. The 300+ agents of Sereno Group serve the Santa Clara, San Mateo and Santa Cruz Counties and points beyond. For more information, please visit: www.serenogroup.com

Related Articles
We are honored to announce our new partnership with Christie’s We are excited to share the news that Sereno has joined Christie’s International Real Estate, the world’s premier luxury real estate brand. The company will now be known as Christie’s International Real Estate Sereno, and our clients will begin to enjoy a number of elevated benefits including: – Access to a global luxury network of more […]
Sereno Continues to Expand its Peninsula Real Estate Reach Sereno, the San Francisco Bay Area’s most productive, locally owned, and led real estate firm, announced on Friday, October 15, 2021, that San Carlos based Dwell Realtors officially became Sereno and will be operating under the Sereno brokerage exclusively. Although the two firms merged earlier this year, the brand transition from Dwell to Sereno has […]
Sereno ranked #1 in Large Companies by Bay Area News Group Top Workplaces 2021 Sereno is honored to be ranked #1 in the prestigious Bay Area Top Workplaces rankings for the Large Company Category. Sereno is part of an exclusive group named to the list each of the 12 years since the Bay Area News Group began recognizing Bay Area companies. The company believes the result is a testament […]